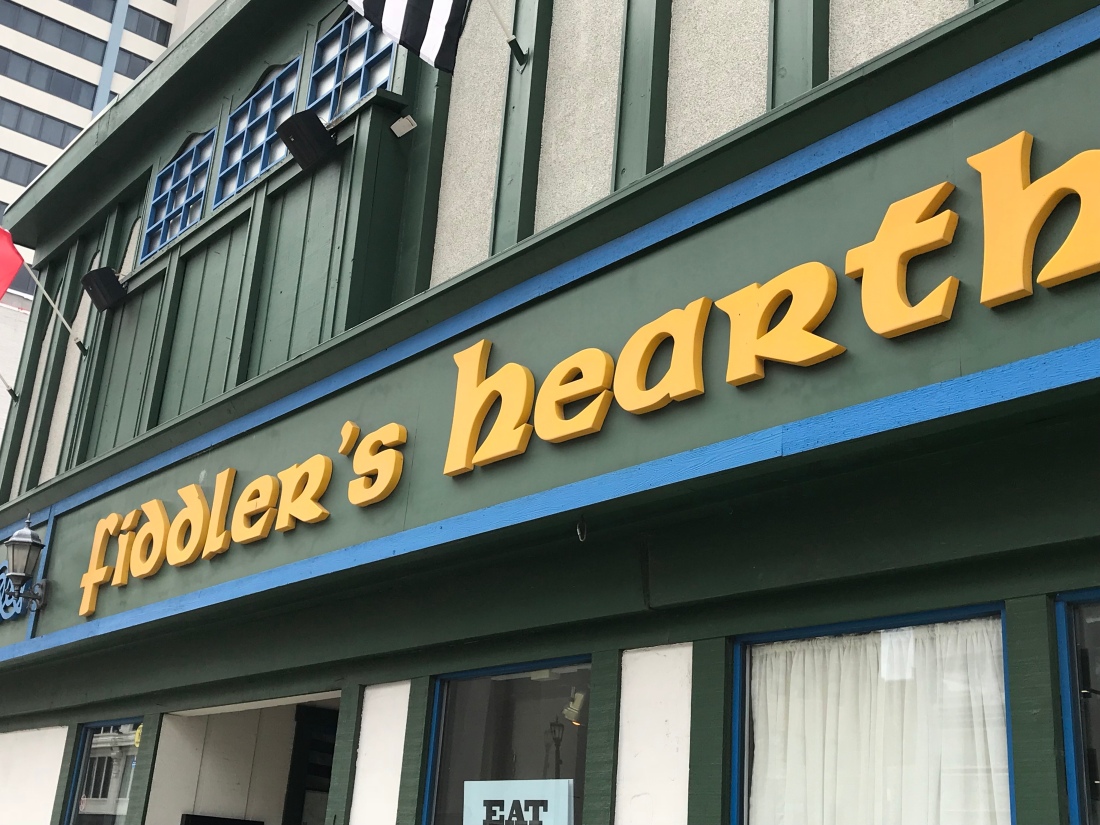 It is the fifth day of our nine day road trip. Last night we stayed in Champaign, Illinois. Today was extra special. We stopped for lunch to visit one of my best friends, Sue Gulley. I built Sue the first home she owned in LaBelle, Florida. What an honor to know her and work with her on her home and on the board of Tri-County Senior Services and what a blessing to call her my friend. She met the love of her life, Tim, and got married at the same time my marriage was ending with the love of my life also named Tim (no, they are not the same Tim). Obviously this took both our lives in different directions but the closeness of our bond remains in tact.

Sue is now a Red Cross Executive Director in South Bend, Indiana. We met her in the parking lot of her office and walked a short distance in the cold Indiana air to Fiddler’s Hearth an authentic Public House representing seven Celtic nations in the heart of South Bend. It is a hotspot for students, staff and fans of the local Norte Dame University. Sharon asked for sweet tea, which we learned is nonexistent in the more Northerly states so she settled for a Coke and one of the hot dishes recommended. I selected their fish-n-chips which was fried to perfection, cradled in a piece of wax paper and wrapped inside a page from the local newspaper. What a treat! We laughed and talked and our time together seemed far too short. We walked back to the car and said our goodbyes exchanging lots of warm hugs.

Earlier in the day we had noticed that South Bend is on the border of Michigan. So we had decided to visit Michigan after lunch. While routing our course I noticed how close we were to Lake Michigan and said to Sharon, “We can’t come this close to one of the Great Lakes and not go see it.” Sharon agreed and off we went. We arrived at New Buffalo City Beach within the hour. With the outside temperature in the thirties Sharon chose to do her viewing from the drivers seat. But I didn’t let a frozen nose stop me, I scampered across the beach snapping photos, picking up shells, and taking video. I paused briefly to chat with a photographer who was studiously taking photos of two snowy owls perched on rock walls in the distance. She said there had always been one of them this time of year that she photographs but this year there are two. She was delighted with her discovery. I was delighted to see it all, the owls, the rocks, the beach, the shells, and the lake, the massive beautiful lake.

Lake Michigan is one of the five Great Lakes and the only one located entirely in the United States. It’s shores touch four states including Michigan, Indiana, Illinois and Wisconsin. Seven ports can be found around the lake and it is believed the word “Michigan” comes from the Ojibwe word michi-gami meaning “great water”. Lake Michigan is a glacial lake measuring 118 miles at it’s widest point, 307 miles at it’s longest point, having a surface area of 22,404 square miles and a depth up to 923 feet at its deepest point. It was a wonderful surprise addition to our trip.

Now it was time to make our way to the Inn at Amish Acres in Napanee. We enjoyed the scenery along the way and saw several horse drawn black buggies common to the Amish community. After unloading our luggage we decided to try an authentic Dutch restaurant Sue had recommended called Das Dutchman Essenhaus. It was so delicious. We had an amazing Amish server named Edna, a seasoned soul who sprints around taking care of multiple diners at a pace that makes the less seasoned souls a little jealous, even though jealousy is probably a trait not tolerated in the Amish community. Edna advised us expertly on how to navigate the smorgasbord of delicious food choices and helped us anonymously treat a United States Veteran to dinner.

Following dinner Sharon browsed the retail shop while I made sure one of the rocking chairs was still working. It is interesting to observe people. You can see all kinds of interesting sights. From the young couple locked in a passionate embrace to the squabbling family trying to heard everyone together. As I was getting up to look for Sharon a local man took a seat in the rocking chair I had occupied to wait for his wife. A short time later I returned to the rocking chair as he was getting up to look for his wife. The next place we ran into each other was the bakery. Then the quilt display, by the time I found Sharon and he found his wife we were thoroughly enjoying our comical “run-Ins”. His wife didn’t seem too amused at how friendly I was with her husband but after my animated explanation of how we had come to know each other she was laughing too.

Back at the Inn we decided to change our route home and go through West Virginia. Sharon called her son Bubba to update him on our travel plans and I fell asleep thinking about Sue and Tim and how blessed they have been to find each other. Maybe one day Sue will write about her real-life-love-story which gives hope to those like me wondering if real love still exists. 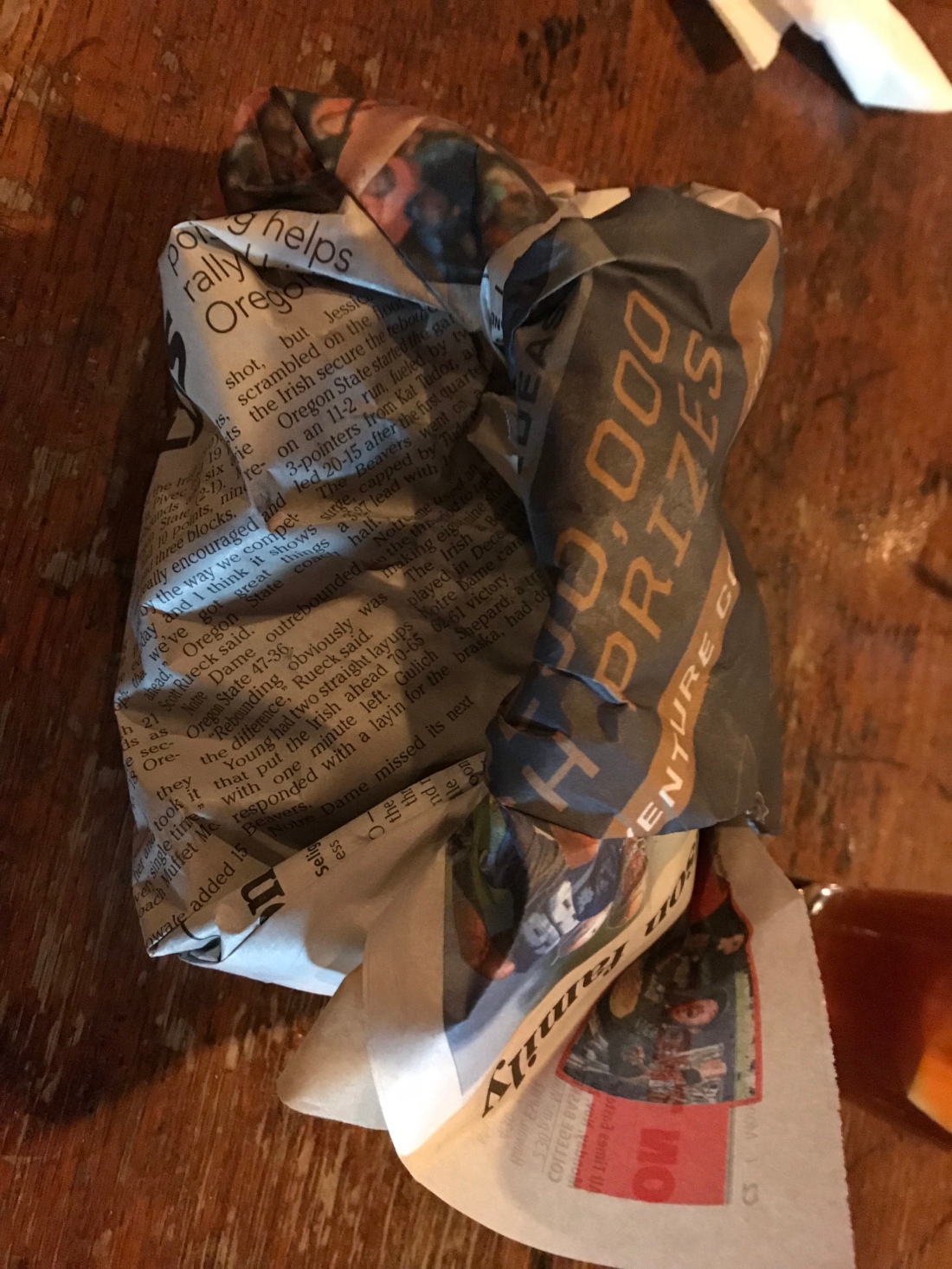